Offshore detention: On not “getting used to it”

Sammy J’s Playground Politics on ABC iview has been perhaps the highlight of this dreary election campaign, with hilariously devastating satire daily rolled out through a vehicle all Australians can relate to – a spoof of Playschool, helping toddlers follow the political drama through stories, songs and craft activities.

Episodes like “How To Make A Faustian Pact,” “Hush Little Pollies” and “The Groovy Xenophon” masterfully lampoon current political machinations and the individual failings of our leaders and their parties.

But when it comes to the episode “How to Build an Immigration Detention Centre“, nobody’s laughing. When Sammy explains, in sing song tones, the joys of being a refugee on the high seas – “looks like we’ve sailed straight into a moral vacuum” – followed by an awkward attempt to house a sad little refugee doll in an offshore detention centre made from a shoe box, a heavy sobriety descends on the skit. “Let’s put the lid on this for now and we can pop it under a rug – or in another room, or anywhere out of sight. And then just sit down and try not to think about it. It might feel a bit uncomfortable, but you’ll get used to it,” says Sammy.

Sammy J is right. We can keep this out of sight and mind for a while, but every few months something or someone pops up to remind us of the horrors on which our successful border protection policy is built. Ben Doherty and David Marr’s recent essay in The Guardian highlighting the work of psychologist and traumatologist Paul Stevenson made for confronting reading. Stevenson, who has worked with victims of some of the most famously traumatic events of our region in recent history, says of his time at Manus Island and Nauru that offshore detention is responsible for the worst trauma he has ever seen. 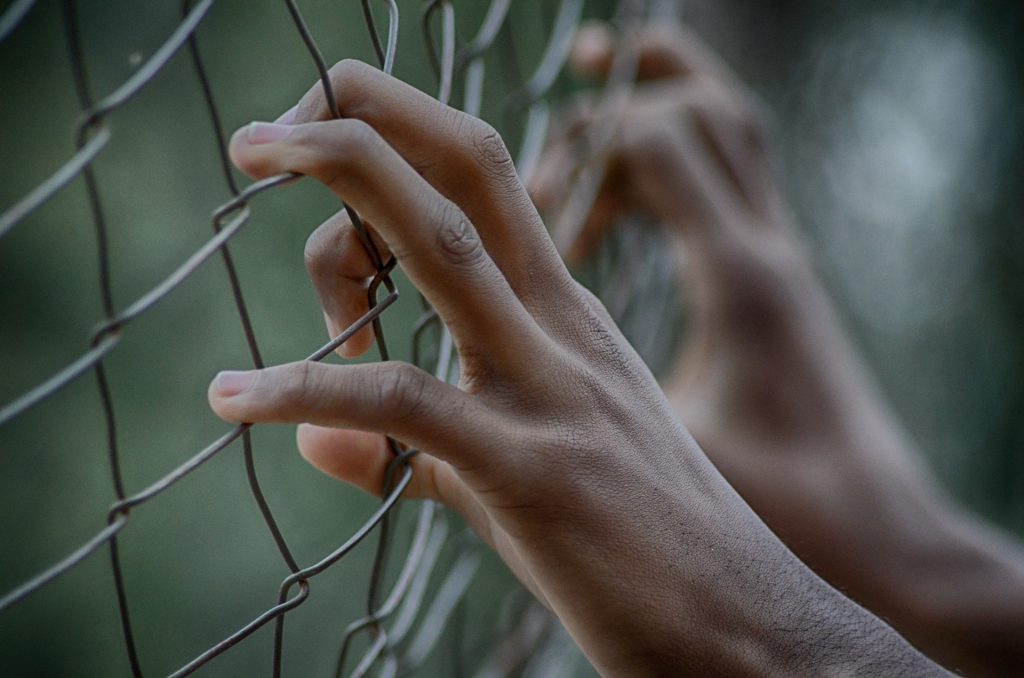 And it seems that brutal suicides, excruciating examples of self-harm and even, as we heard recently, two instances of self-immolation are, according to the experts, the logical outcome of a system that skilfully denies human dignity and studiously removes all hope.

Greg Lake is a former Immigration Department Officer and was Director of Nauru Operations but eventually felt that, despite his attempts to bring some humanity to his role, ultimately it was impossible to reconcile his values with what he was asked to do in his job. So in 2013, he quit. Speaking to Eternity News, Lake says, “The policy of deterrence is all about constructing an environment that’s worse than the thing that people are fleeing from, so you have to make the situation for the people in detention somehow worse than Syria under ISIS!”

Lake believes our individual and national conscience is at stake when it comes to our immigration policy. In this claim he echoes novelist Tim Winton, whose stunning 2015 Palm Sunday speech pleaded with the Australian people to see that what has become accepted political wisdom – we stopped the boats – is in fact a terrible stain on our nation. The pony-tailed prophet declared that day that “something foul is festering in the heart of our community, something shameful and rotten.” The nature of that wound is the dreadful reality that our “national peace of mind has been built upon the hidden, silent suffering of others,” declared Winton.

Have we gotten used to it?

The effectiveness of solving a difficult problem with a brutal solution has meant most Australians regard offshore detention as a necessary evil, a burr under the saddle – but one we can live with. Both major parties are on board with this and are indistinguishable when it comes to policy on the issue. The question has hardly rated a mention this campaign.

Hanging in the balance is, not an election, but a foundational principle: the infinite value of the individual human being.

But the pesky preachers like Lake and Winton want to say that there is something about human life that is so precious that a policy, no matter how effective, that relies on brutalising vulnerable people is simply not alright. In doing so, they are drawing on an idea about the preciousness of human life that has shaped our culture for centuries.

The person most responsible for this concept becoming accepted wisdom was the rabble-rousing first-century rabbi Jesus, who spent his time saying uncomfortable things to powerful people, to the point where it got him killed. He told stories of good Samaritans. He berated the wealthy for ignoring the poor and castigated religious leaders who cared more about order and convention than they did the wellbeing of ordinary, voiceless people.

Early pagan critics saw the movement that he started as a revolution. It made unprecedented claims for the slaves and those of the lowest birth and people without status before the law – that they were, in the words of philosopher David Bentley Hart, “somehow actually the unique concern, the special concern, the infinite concern of God, and that these persons had access to God.”

Hart says that, while the Jesus movement didn’t transform the way people viewed one another overnight, it began and then developed a radical enunciation of an ethos that valued every individual in a way that was previously unimaginable:

“I think it’s hard for modern western persons quite to grasp how strange, in long historical perspective, their view of the moral good, of social justice, of what the human person is or the unique almost infinite value of the person in each instance. It simply wasn’t the case in the ancient world. It hasn’t been the case in most of human history.”

This revolution transformed the Western world to the extent that, at our best, we have valued human beings such that we will spare no expense and sometimes go to heroic lengths to preserve even one life. Today when we spend hundreds of thousands of dollars in the rescue of a single person lost at sea, irrespective of the stupidity that might have landed them there, we are drawing on an outrageous idea that is still the glory and beauty of our culture. Human value trumps more “rational” concerns.

Does this idea that so radicalised the ancient world still have currency? There’s conflicting data. On the one hand, the public policy of both major parties seems settled without much controversy. On the other, the public may in fact be growing squeamish about the impact of a policy carried out in their name. The Australia Institute’s recent survey found 63% of respondents opposed the current policy of never allowing boat arrivals to settle in Australia.

Hanging in the balance is, not an election, but a foundational principle: the infinite value of the individual human being. If we think that we can trade off the wellbeing – and even lives – of those in our care against those who might otherwise drown at sea, then a cold utilitarian calculus has replaced the less “sensible,” far more radical ethos on which our culture was built. Such action then becomes – even, astonishingly, on the lips of professed Christians – not only possible but preferable, even admirable.

We get used to it.

Meanwhile, as we sit back and watch the footy and plan our next holiday up the coast, young mums behind razor wire on Nauru plan new and hideous ways to maim or kill themselves. That’s something we should never get used to.

Simon Smart is the Director of the Centre for Public Christianity. He is the co-author with Jane Caro, Antony Loewenstein and Rachel Woodlock of For God’s Sake: An Atheist, a Jew, a Christian and a Muslim Debate Religion.