In his history of ideas, How the West Won, sociologist Rodney Stark provocatively insists that the Roman empire (as opposed to the earlier republic) gave the world nothing but concrete and Christianity. Historian Tom Holland, in his equally provocative Dominion: The Making of the Western Mind, is even more insistent about the transformative and disruptive influence of the world’s biggest faith.

This huge and sweeping account of the past 2500 years has a similarly large-scale ambition: “to explore how we in the West came to be what we are and to think the way that we do.” And his argument is compelling: even those who reject religion – those who hold to atheism, humanism, scientism, secularism – find their beliefs ineradicably shaped by Christian presuppositions.

Holland writes that Christianity continues to infuse people’s morals and presumptions “so utterly that many failed even to detect their presence. Like dust particles so fine as to be invisible to the naked eye, they were breathed in equally by everyone: believers, atheists and those who never paused so much as to think about religion.”

Holland, an atheist … is honest enough to acknowledge that his values and world view emerged from Christianity.

Holland manages to traverse Western history from the Persian invasion of Greece in 480BC to Donald Trump by the technique of taking some often obscure figure or event and expanding from that to social transformation. So he leaps from the Apostle Paul, herald of a new beginning, to church fathers Irenaeus and the development of the canon, Origen and the invention of theology, the council of Nicaea, Martin of Tours and the exaltation of poverty, and Bede and a calendar based on the birth of Christ.

Perhaps Holland’s most important contribution is to lay waste the secularist founding myth that reason, empiricism, evidence, humanism and the like emerged in the Enlightenment fully formed like Botticelli’s The Birth of Venus, not only owing nothing to the preceding centuries but indeed in contrast to them.

Holland, an atheist, is no apologist for Christianity but is honest enough to acknowledge that his values and world view emerged from Christianity rather than pagan antiquity.

Take human rights, a key concept in modern law and ethics. Rights are by no means self-evident or inalienable, as the US Declaration of Independence states, and would have attracted contempt in pre-Christian societies such as ancient Rome or China.

Rights’ essential precondition is the Genesis teaching of humans made in God’s image, and therefore endowed with dignity and worth. It led Gregory of Nyssa in the fourth century to rail against slavery and abandoning unwanted infants on rubbish heaps, and was made explicit by 11th-century canon lawyer Gratian, who pronounced that everyone was equal in the sight of God. Anything in the legal system obstructing this idea had to go.

“Much flowed from this formulation that earlier ages would have struggled to comprehend. Age-old presumptions were being decisively overturned: that custom was the ultimate authority; that the great were owed a different justice from the humble; that inequality was something natural, to be taken for granted,” Holland writes. In 1550 Bartolome de las Casas demanded justice for South American Indians, using the term “derechos humanos”, human rights. The genius of the authors of the US Constitution 200 years later was to garb in the robes of the Enlightenment the radical Protestantism that shaped the fledgling nation.

Darwin, in contrast, pointed out how unnatural such a concept is in the light of evolution, observing that “philanthropy and care for the poor must be highly injurious to the race of man”.

And today the insistence of the United Nations and others on the antiquity and broad acceptance of human rights is a fiction to allow it to be a global rather than merely a Western understanding. Secularism, in an identical manner, depended on the care with which it covered its tracks, Holland says. 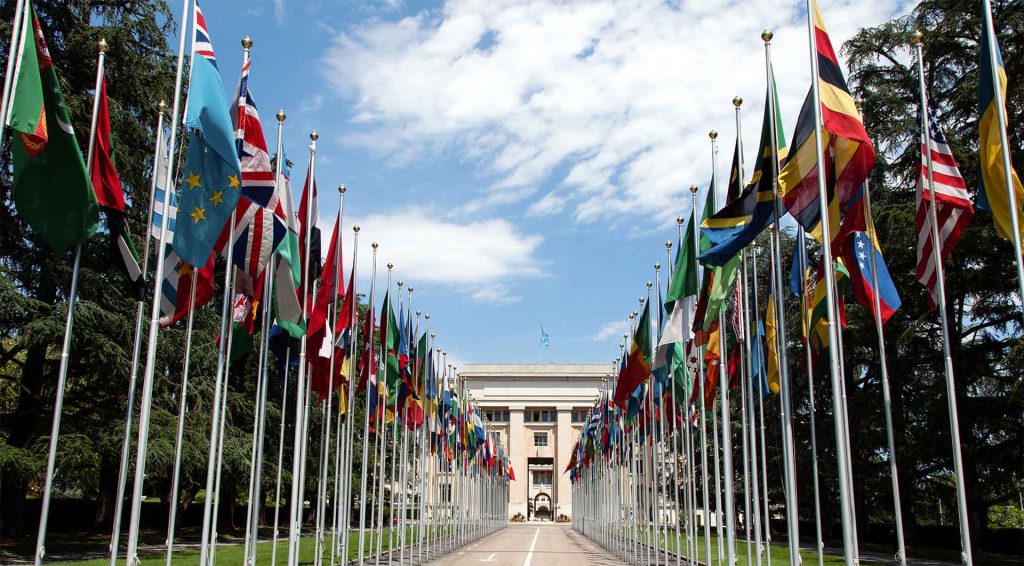 The idea of the secular, contrasted with the religious, is an important theme of the great fourth-century theologian Augustine, in The City of God, and reaches fulfilment in the humiliation of Henry IV before Pope Gregory in 1076, which divided the religious and secular realms (giving the Church great power in both).

So embedded is it that nearly a millennium later German chancellor Angela Merkel appealed to it in 2014 to claim that Islam belongs as much as Christianity in modern Germany. So it may, but not because traditional Islam admits the idea of the secular, a notion born purely from Christian history. To Islam, it is an artificial divide. But, as Holland notes, the West has become skilled in repackaging Christian concepts for non-Christian audiences.

The idea that science needed to set itself free of dogma and superstition, possible only in the Enlightenment, is another fiction that can be believed only by those ignorant of history. Holland turns to Abelard – the ill-fated lover of Heloise – who devoted his post-castration life to promoting the idea that God’s order was rational and governed by rules that humans could seek to comprehend. His conviction that identifying the laws that governed nature would honour the God who made them led to the founding of universities in the 12th century.

Similarly, humanism has smuggled in Christian assumptions unacknowledged. Without the biblical story of creation in God’s image, the reverence of humanists for their own species “risks seeming mawkish and shallow”. Indeed, philosophers such as Peter Singer have attacked such notions as “speciesism”.

And the claim in the Humanist Manifesto that morals can be developed from science is another fantasy. “The primary dogma of humanism – that morality is an intrinsic part of human nature based on understanding and a concern for others – found no more corroboration in science than did the dogma of the Nazis that anyone not fit for life should be exterminated,” Holland writes. “The wellspring of humanist values lay not in reason, not in evidence-based thinking, but in history.”

An interesting thesis is that those who most truly understood Christianity’s radical role were those who most despised it, and here Holland cites Nietzsche, the Marquis de Sade, Thomas Huxley and Heinrich Himmler. Nietzsche thought Christianity a slave morality, a way for the weak to bind the strong, but also recognised its values could not survive without the God who sanctioned them. Himmler, who had a 50-year plan to eradicate Christianity, believed the strong had both a duty and obligation to eliminate the weak.

Holland acknowledges that the course of Christianity has been a mixed blessing. Christians have indeed been oppressors and exploiters, although the backlash against that has also been Christian. He details many embarrassing aspects, from crusades to corruption, and especially the totalitarian idea of truth that justifies persecuting those who differ. The heresy hunters of the inquisition survive today in the self-righteous “woke” fanatics, who no longer have the power to burn people at the stake but try to end careers, ruin reputations and close down discussions.

This is an astounding book, not only for its scope – cultural, political, social, intellectual, historical – and its originality, but for its masterly writing. Holland has a knack for the colourful twist. Writing of the summer of love, 1967, he notes: “Preachers, seen through the marijuana haze of a squat in San Francisco, had the look of bigots. Where was the love in short-haired men jabbing their fingers and going puce?”

He also has an eye for fascinating detail. For example, we owe capital letters and question marks to the abbot Alcuin of Tours, adviser to Charlemagne in the eighth century, who did a vast amount to popularise the Bible as a single source of revelation.

Perhaps the most compelling point is the way Christianity defines even its opponents.

But sometimes Holland is a bit too graphic to be comfortable. His detailed discussion of death by crucifixion is stomach-churning; still more so the Persian punishment of the scaphe, in which the victim is trapped inside a log but for his extremities, covered in honey, and devoured over days by insects and maggots from within. Believe me, Holland’s account is horrifically more detailed.

In an enterprise as vast as Dominion, there are inevitably lacunae. Critics have observed that Holland underplays the role of Eastern Orthodox Christianity and the rise of trade, but the book is already nearly 600 pages. Another occasional weakness is that Holland’s narrative style means that he may pass over contested aspects of history to stick with his main line, though footnotes can redeem him.

For me, perhaps the most compelling point is the way Christianity defines even its opponents. Even as the woke generation condemns Christian history as oppressive, patriarchal, racist and all the other now-standard derelictions, the standards of justice and equality by which they judge these shortcomings remain ineradicably Christian. In that sense, Holland concludes, Christendom will remain with us a while yet.

Barney Zwartz is a Senior Fellow of the Centre for Public Christianity.

This article first appeared in The Age.